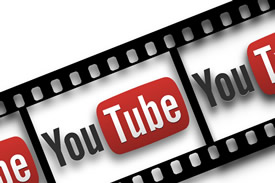 Video content is growing rapidly on the internet.  According to a  Cisco study  video will comprise 79% of internet traffic by 2018.  We all know video is growing. Where once we were reading blogs, now people are creating videos.  According to Youtube:

YouTube has over a billion users–almost a third of all people on the Internet–and every day, people watch hundreds of millions of hours of YouTube videos and generate billions of views.

And there are many other video sharing platforms. So get into the action and put video on your site – but make sure to follow the accessibility guidelines.

What are the requirements?

Watch the video below for starters and take a look at Google’s: Youtube closed caption and subtitle instruction page.

A few other quick tips:

We use cookies to ensure that we give you the best experience on our website. If you continue to use this site we will assume that you are happy with it.OkNoRead more